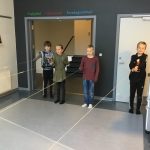 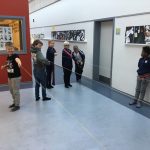 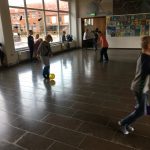 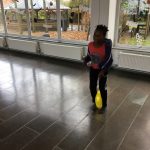 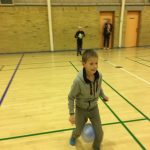 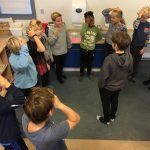 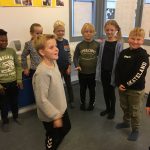 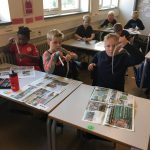 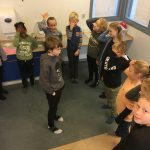 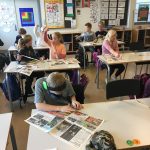 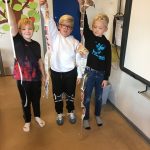 We will take the idea from the German School, about having a challenge in behavior and teambuilding.

We made a mind map with the class. To describe what kind of noise they are hearing.

This is the results from 3.b: They are 20 pupils in the class.

We made the agreement in the class, to put spot on the 1. and 2. priority. The teacher wrote those to priorities on the whiteboard in the classroom.

For the first time, the class got the possibility to sit 4 pupils around a double table. With 20 pupils it was 5 group tables. But one team couldn´t manage to be quiet. So they have separate tables next to each other.

Mondays and Fridays each team table have to find a game for the group inthe 1. Break at 9.30. They have to agree on just one game.

2 pupils got at STAR- book. In one day they could earn 10 stars in a little book. When they have 50 stars, the kid may choose a game or a movie for the entire class as a reward.

The class got challenges in October. The challenges were first individual, then as a group and the for the entire class.

The pictures show the challenges in 3.b.

1. Pull the rubber ban – how far do dare to pull.
2. The balloon challenge – you put the balloon between your legs and jump against the other teams.
3. Who’s the leader – everybody is in a circle, one man outside the door, the teacher chooses a leader in the circle. The leader starts a move and the rest follows. The outsider is in the middle of the circle and must now guess who is the leader.
4. Paper string – who can rip the longest paper string out of one newspaper. First individual, then in groups.