Preparation: All the chairs in the class is placed in two lines as if you were sitting in an airplane. You must place one chair less than the number of pupils in the class. Everyone finds a chair except one. 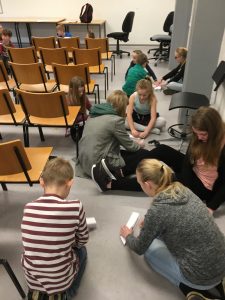 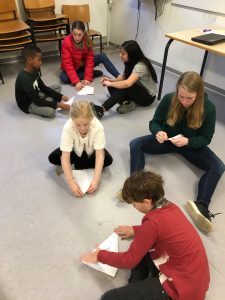 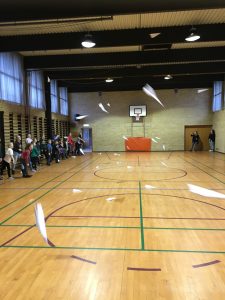