The students of the astronaut class worked in the science course on the topic: “How was the school 100 years ago?“. At the beginning of the course we studied old timetables from 100 years ago and compared them with ours. Furthermore we compared the school rules of that time with our school rules and found a lot of differences. We had a lot of fun doing the practical exercises with pen and ink. 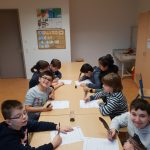 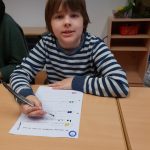 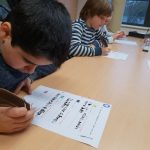 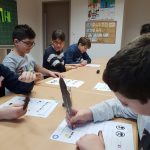 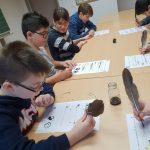 We have learned how to write on slate writing boards with slate pencils. 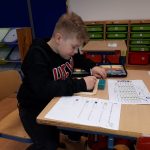 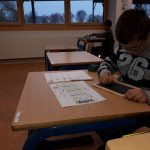 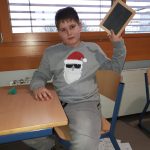 We have also tried different games from former times. Unfortunately it was raining so we have had to play the games in the classroom. 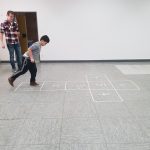 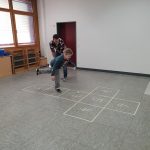 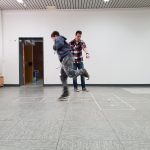 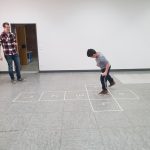 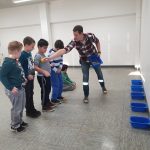 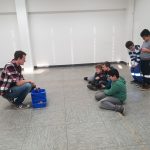 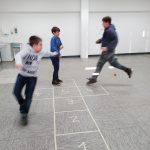 Shortly before the Christmas holidays we made a class trip to a school museum. There we were taught by another teacher in German and math. The teacher had told us a lot about former times. 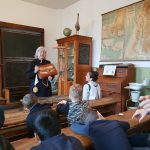 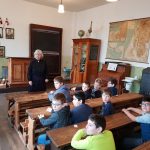 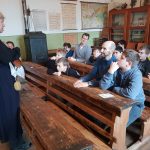 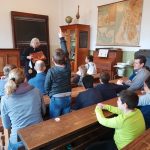 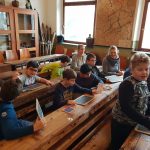 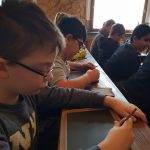 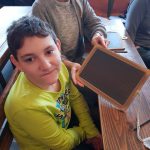 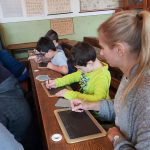 In the classroom we had to think about a lot of rules. Before we were allowed to speak we had to put up our handspoint and stand up afterwards. 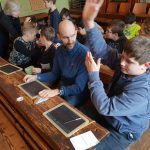 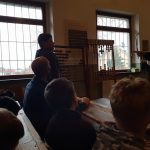 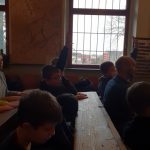 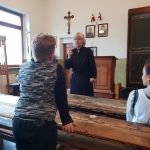 Some of us even got a reward card because they had worked so well. The teacher was very strict but also friendly to us. 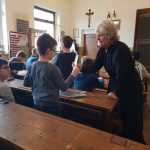 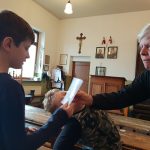