One week all around Flight

As part of the Erasmus project Flight, the elephant class dealt with the topic in a project week. We have been working on the construction of an aircraft and have made our own hypotheses in experiments as to which objects fly, sail or fall. The experiments have encouraged us to make our own hypotheses, to test them ourselves by means of simple experiments, and have encouraged us to think.The paper flying competition was a lot of fun for us! The widest paper plane flew 14.8 m. This was the reward for the patience and accuracy required when folding the paper planes. We built planes out of plastic bottles, too. We were able to use our knowledge well for this purpose. The rudder could not be missing and the propeller could also be used as an flying object without an aircraft. 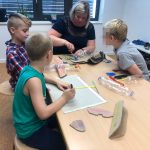 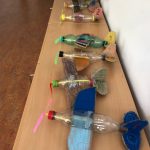 At the end of the project week we visited the gliding airfield on the Dümpel in Bergneustadt with our headmaster Mr. Krakau. Unfortunately, the poor visibility did not allow us to take off in the air. However, in the tower of the airfield we were able to get to know the instruments, which serve to estimate and calculate wind and weather. For a moment we could feel like pilots of a glider, were allowed to operate the brake flaps and had a parachute on. Do you know that parachutes are locked in a metal cabinet because mice like to use silk and cotton for nest building! Such a parachute is really heavy and serves safety. Mr. Krakau explained to us which materials most of the aircraft are built of and we were allowed to go to the garage. We would like to thank the Luftsport-Club Dümpel e.V. for the opportunity to immerse yourself in the world of flying for a day. 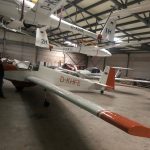 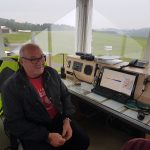 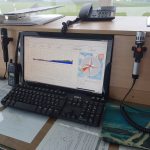 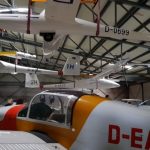 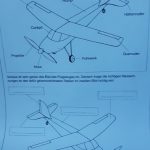 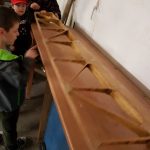 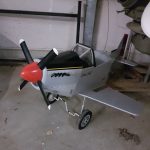 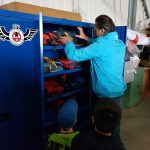 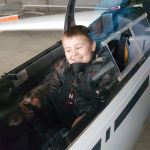 Also on the Airtramp we have been able to feel the forces of flying on our own bodies. 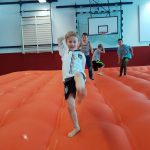 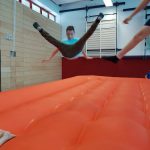 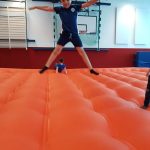