Every year Tarm School has a week where all classes from kindergarten to 6th grade work on the same theme, this year the theme was “Well-being” or “How do you thrive in school/your class”.

In my 3rd grade this year we combined the theme Well-being and the 4 elements. Our starting point was taken from the cartoon “Avatar”. It is about 4 children who must endure some tasks to master the 4 elements: earth, wind, water and fire.

On Monday for a start both 3rd grade classes read the beginning of the fairy tale called : “Save the world.” And after a short film we had a class talk about;

What is fair and what is not? Do you feel treated fair at home?

Is everything fair in the class? Everyone in the class agreed that it is not fair, when the boys and girls play against each other during ballgames.

After that the class did some experiments with water:

In the film they saw, two siblings are sailing a boat, so everybody had to guess; what floats?

I brought a lot of different things and the children took turn on guessing, what floats and what doesn’t float, After guessing they tried out all the things to see if they were right or not.. 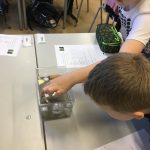 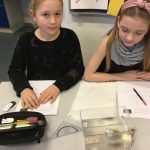 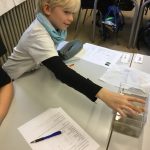 After experimenting they were put in smaller groups and every group had to make their own board game with the four elements as kingdoms. 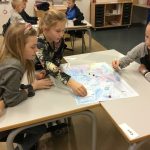 Tuesday: A day with experimenting: ”Earth”. Everyone planted a sunflower seed or put in a slice of tomato into a pot. 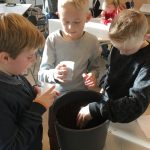 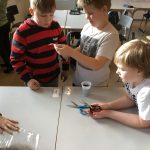 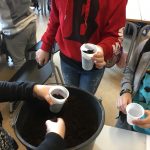 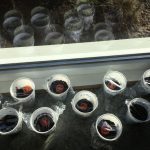 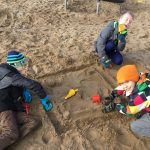 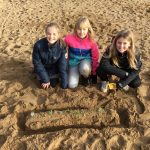 Wednesday: Experimenting with air. ”Do not use your mouth, but blow up this balloon.” 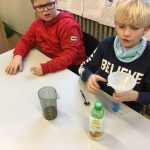 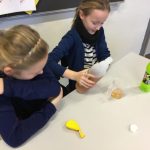 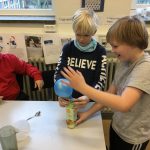 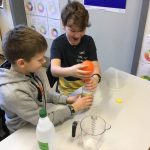 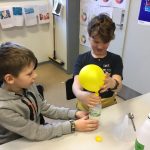 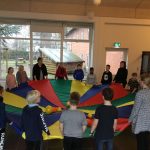 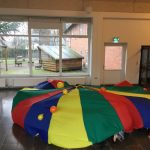 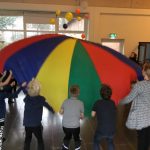 Thursday and Friday we went outside to learn how to make a bonfire and to make our own candles. 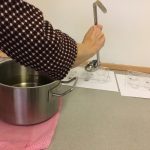 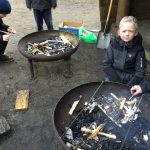