As we heard of our new Erasmus Theme “fly” for a project, we thought about our recent topic in science. In science, we just talked about the honeybee.

In this context we first expanded our topic and made something to: How do bees and insects fly?

Later in our weekly team meeting we made a brainstorm, what else belongs to the topic “fly” and what else could we do in our project.

Because all the pupils in our class also have difficulties in learning, we tried to find something they can learn in different ways. We also wanted to do something practically because then the pupils are much more motivated. We wanted to have a look at different flying objects and put our focus on airplanes, rockets and parachutes. We looked for appropriate information texts and films on the internet.

In class we also made a brainstorm with our pupils first. Then we read a short information text about the flying object: airplanes and how they are able to fly. Afterwards we summed up the text and tried to find the most important informations. Then we watched a short film and summed it again up. Now the pupils got different manuasl for a paper plane. The pupils tried to build the best paper plane of the class. We made a little contest, which paper plane flies the furthest.

In our next week we had a look at rockets and built a rocket with a manual and in our last week we made the same with a parachute.

In this way the pupils had a recurring lesson with different themes, which gave them safety and helped them to concentrate on the topic.

By discovering the different kinds of flying practically, the pupils seemed to be very motivated. 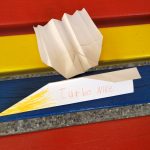 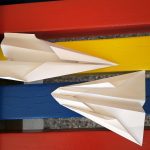 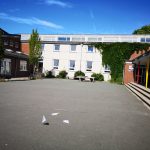 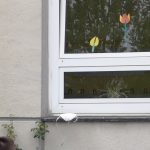 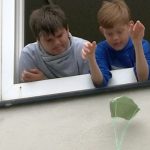 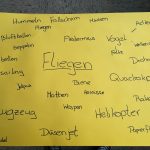 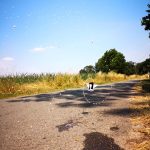