The Tiger-Class decided to work with the elements water and earth (sand). After a very stressful time in class we enjoyed to plan 3 project days. On the first day we’ve spent the morning at the public pool. As a highlight we were able to organize the slide to open up. The children really enjoyed it. Later we worked in art with brickearth that the children were able to find in our schoolgarden. They shaped cars, boats and lots of different things. Later they wrote little cards about their objects and organized a little exhibition for the headmaster. 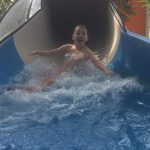 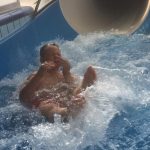 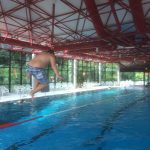 On the second day we worked a lot on math. The pupils found out how many cups (small or big ones) they can fill with the water out of one regular waterbottle. Measuring jugs were introduced and the children solved some mathematic problems with them. Some of them were able to learn Milliliter (ml) und Liter (l) and to do calculations. 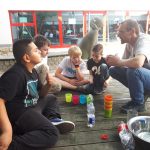 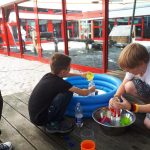 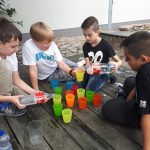 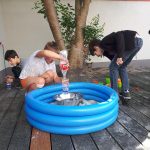 On the third day we went on a field trip to the “Frechener Quarzwerke”.They win a special kind of sand there. We’ve learned how many different things are made out of this sand, like bottles, special parts of a car and its even part of some dental protethesis. Very interesting was to find out that they need snowmachines which look like something out of the movie Starwars. They need them to keep the sand down on windy days. Lots of fun was the picnic on a huge sand tail where we also rolled downhill and digged ourselves in. 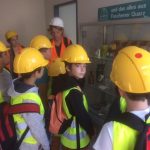 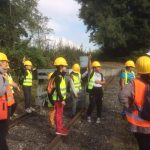 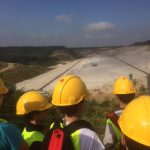 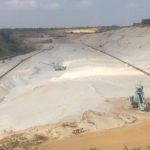 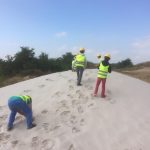 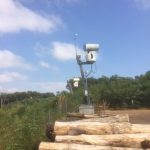 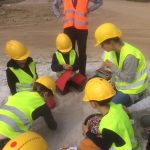